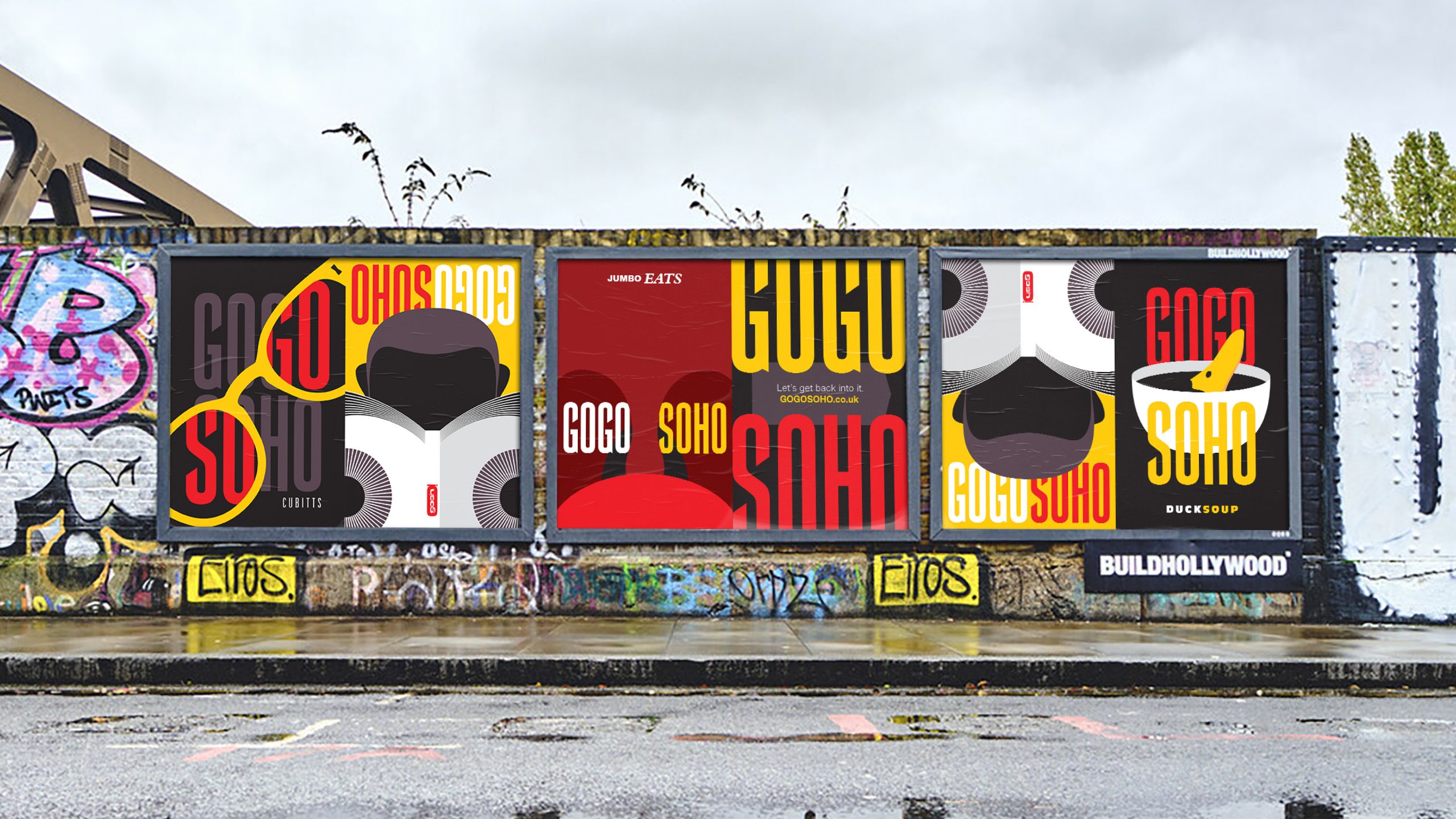 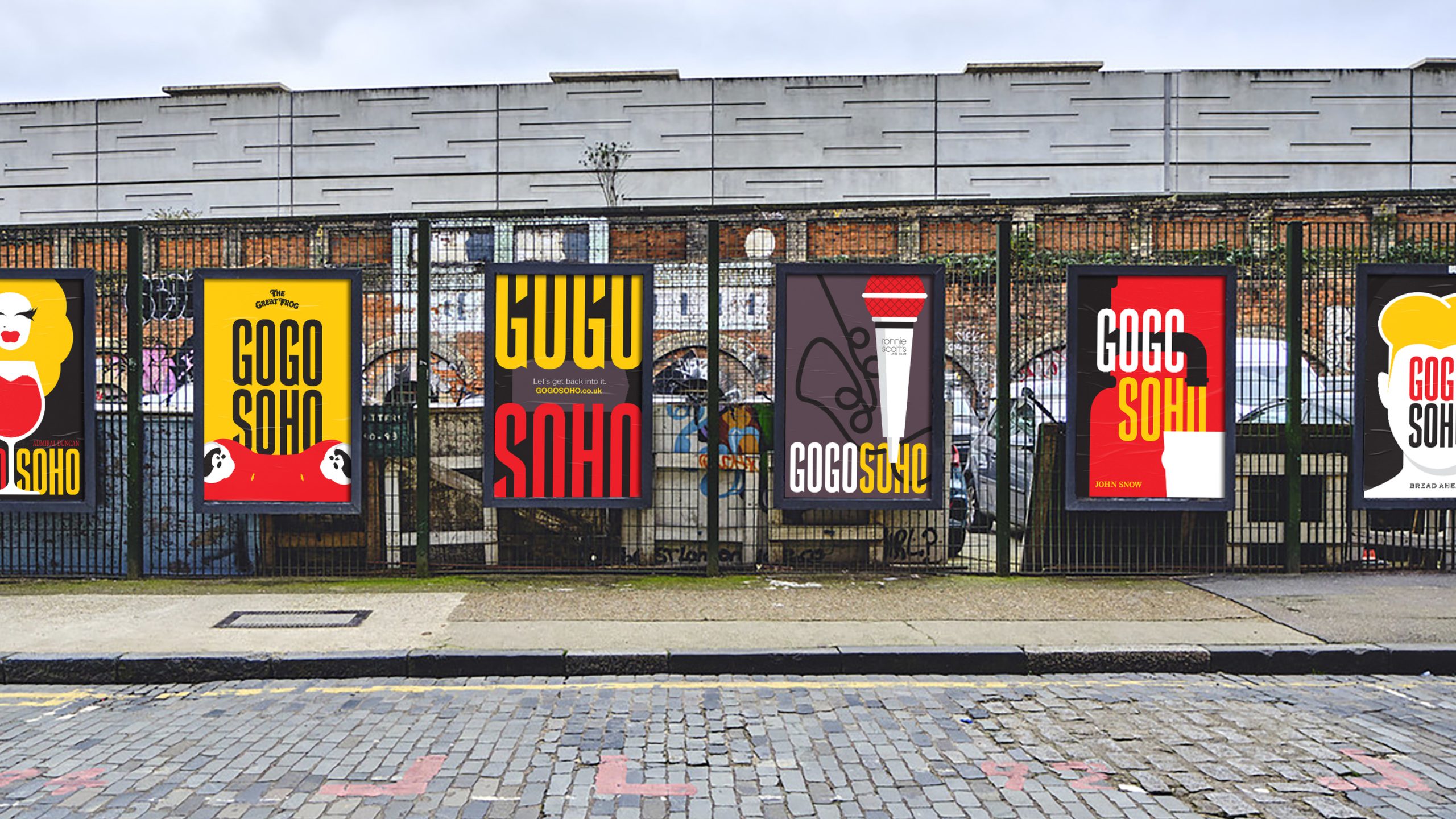 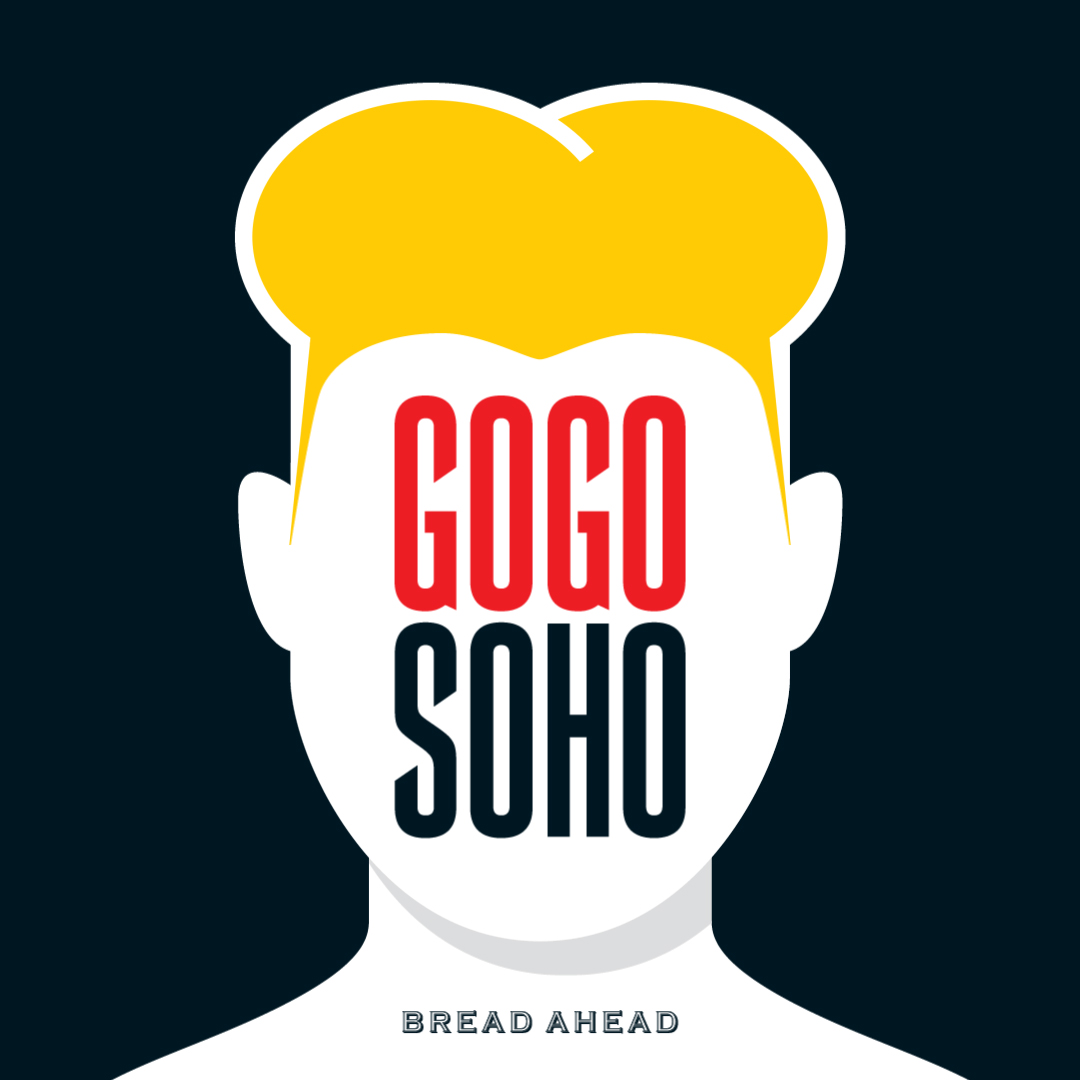 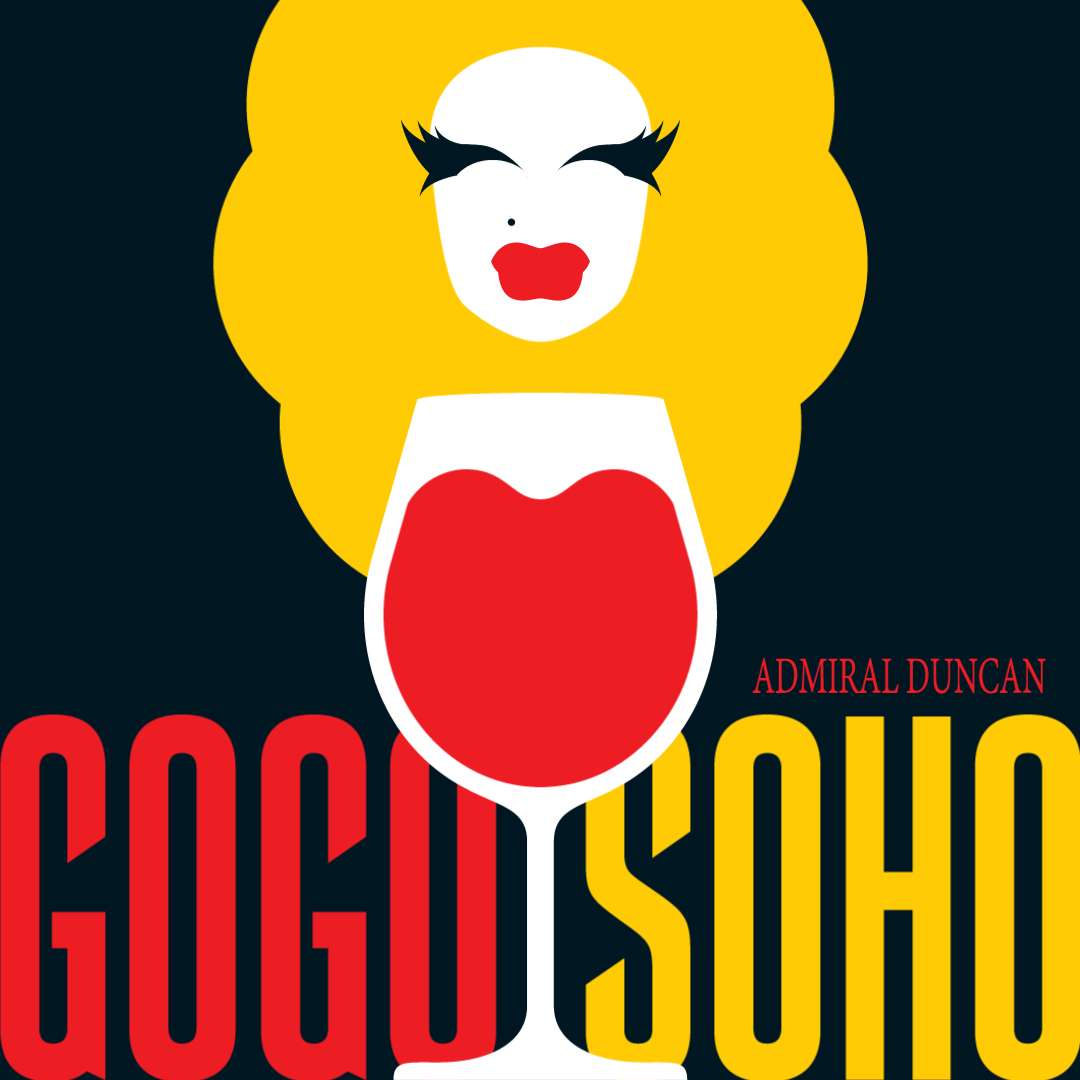 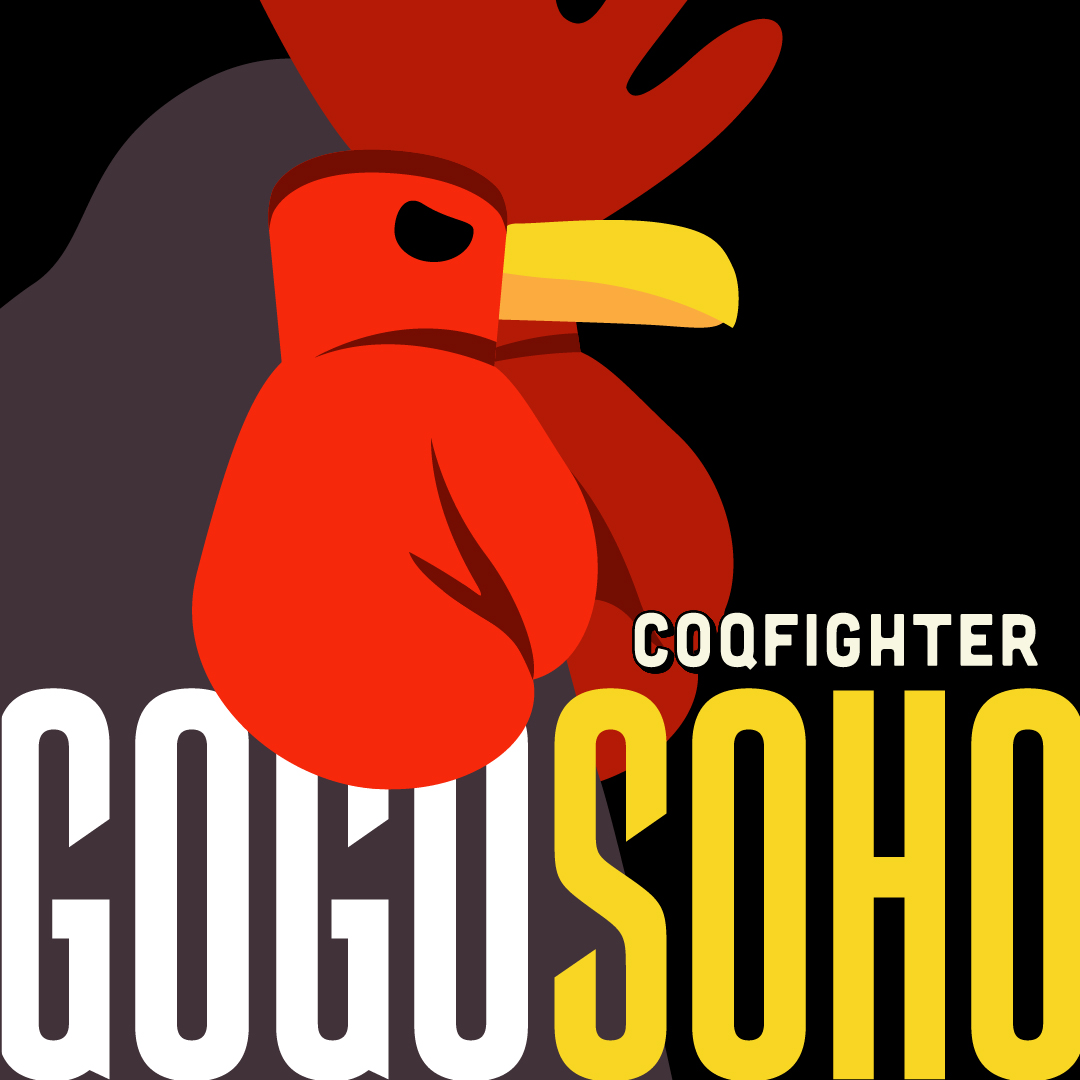 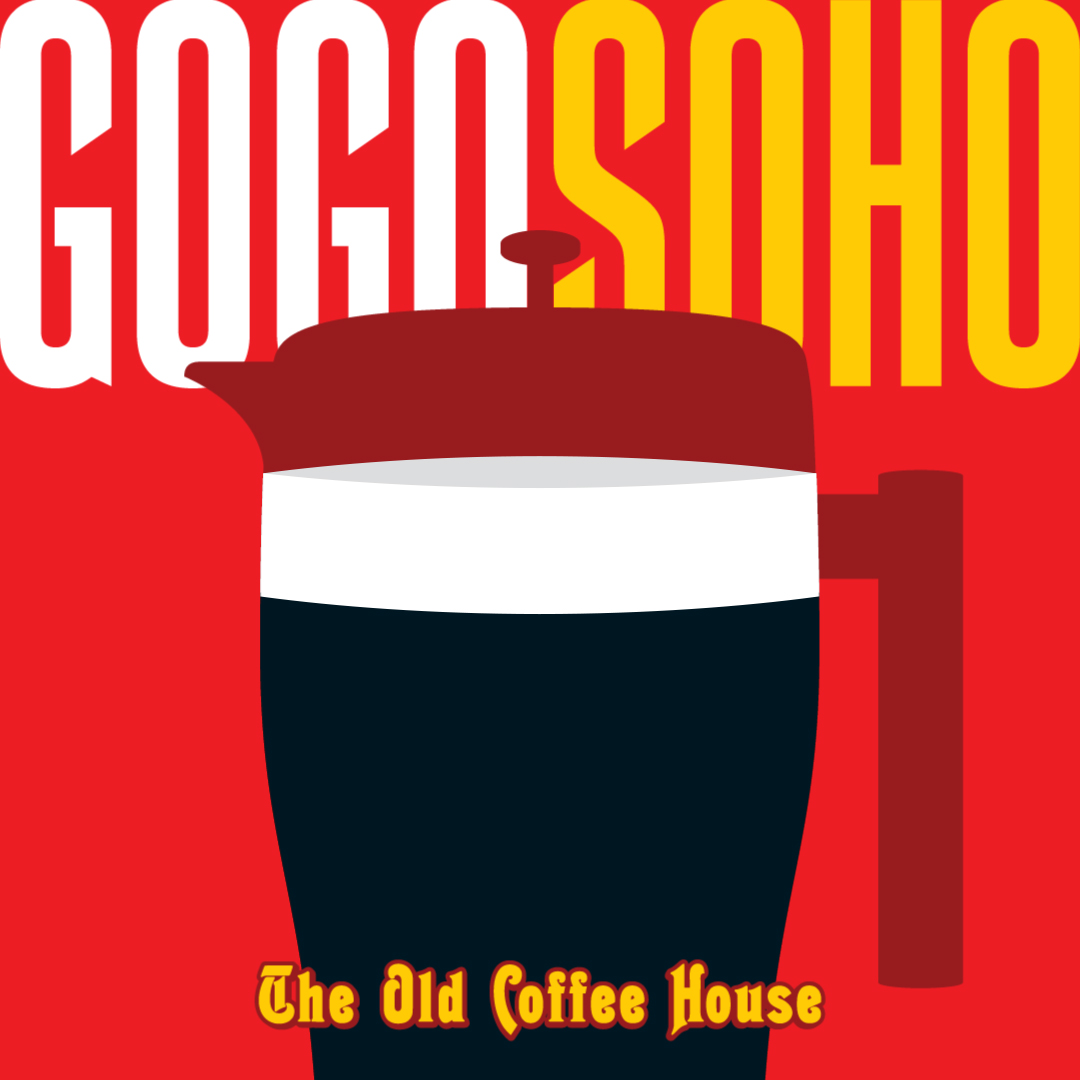 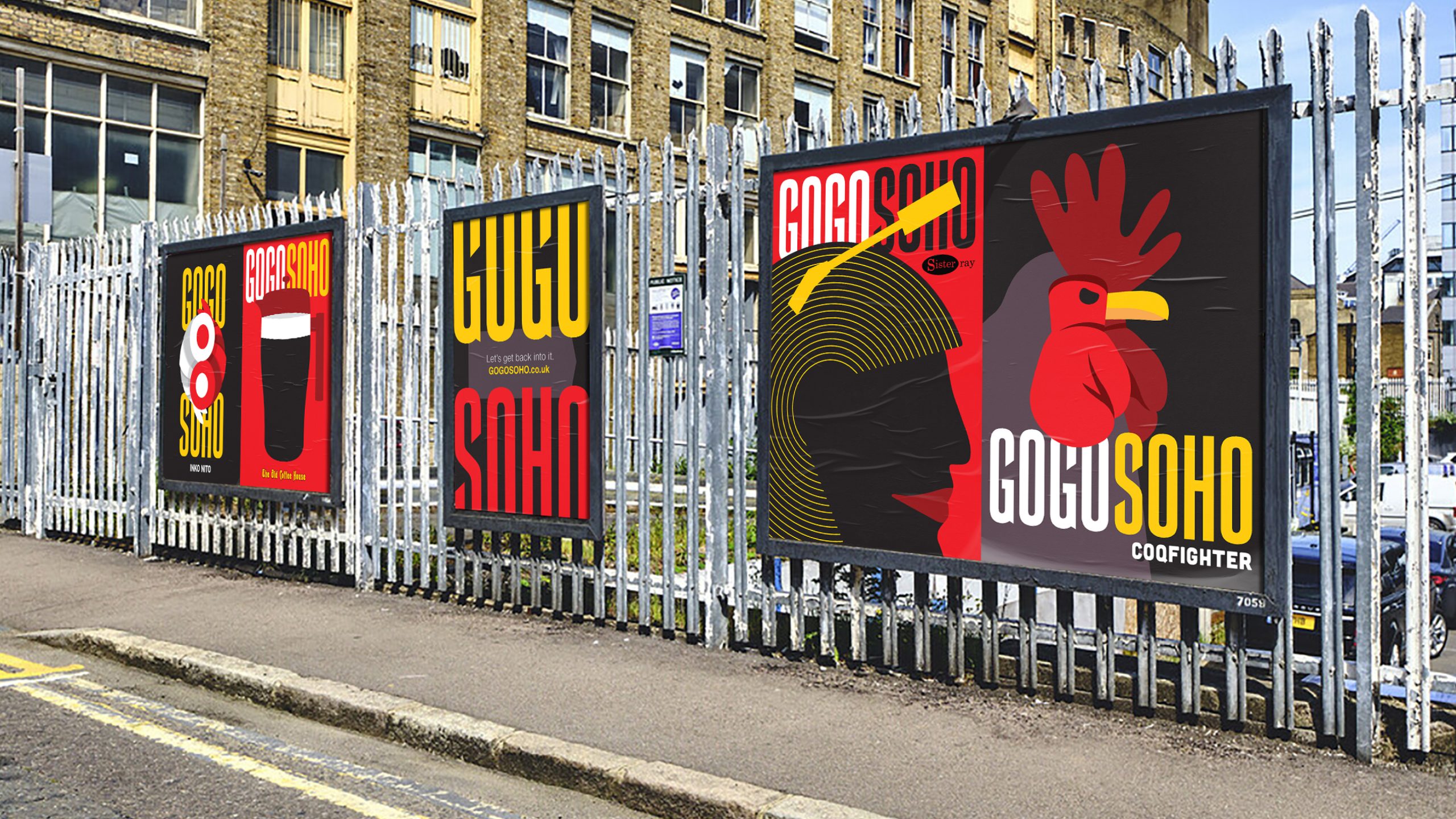 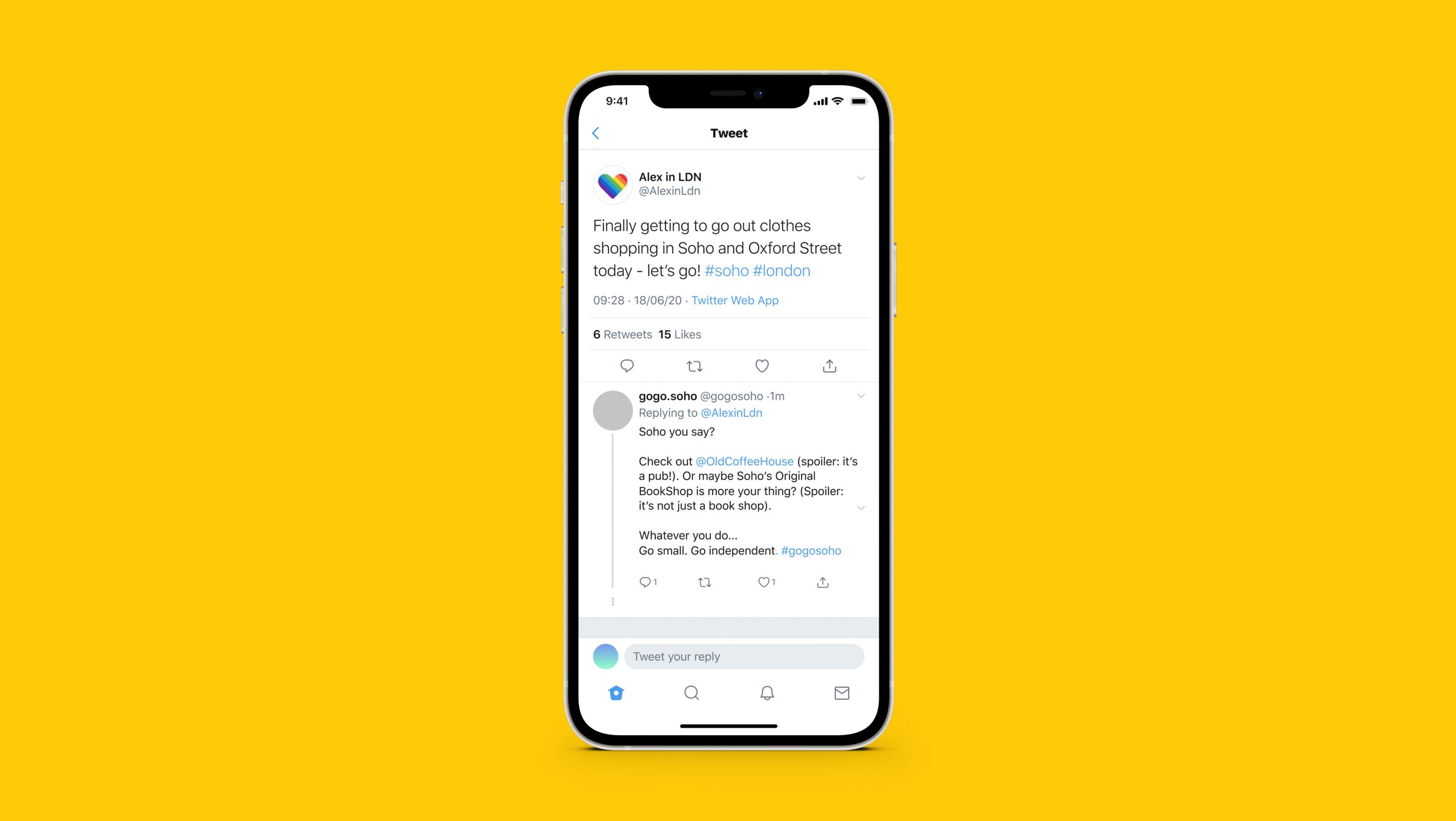 GETTING LONDONERS BACK TO THE CAPITAL’S BEATING HEART

Since M&C Saatchi was founded 25 years ago, the agency has been proudly based in Soho.

With this in mind, our team wanted to do something positive to protect and promote the businesses that give its location in the centre of London its unique charm, character and colour, following a challenging period for retail and hospitality.

This desire to help the local community led to the creation of GOGO SOHO. The campaign encourages those based in Soho to revisit some of their favourite places and also invites people in other parts of London to head back to the centre of town to check out these spots.

GOGO SOHO is supported by the Mayor of London’s office and brings together more than 20 local businesses, including Ronnie Scotts, John Snow, Bar Italia, Soho’s Original Adult Store and Duck Soup, under one creative umbrella.

The Mayor of London, Sadiq Khan, said: “Soho is at the heart of our city with its lively atmosphere, vibrant community and outstanding entertainment. The past 15 months have been incredibly hard for the area, but GOGOSOHO is a great way to celebrate these vital local businesses and draw visitors back to one of our most famous locations. Alongside my Let’s Do London domestic tourism campaign, we will continue to encourage Londoners and visitors to make the most of our city’s world-leading hospitality, culture, nightlife and retail venues.”

The campaign is running in fly poster locations across London including Mare Street and Brick Lane in Hackney and Vinegar Yard in Southwark.

This is supported by a GOGOSOHO.co.uk microsite which hosts a map of the Soho businesses as well as film content and a series of short animations which deconstruct the campaign’s illustrations, each one playing into the featured business’ unique quirk or meaning.

To amplify the campaign, the team are also using social media, influencer activity and performance media, geotargeting visitors to central London to encourage them to pop in to Soho, as well as creating a bot to hijack hashtagged conversations about Soho on social channels, directing people to the campaign and its participating businesses.

Our Golden Square office is hosting a GOGO SOHO takeover, with logos and signage inside and on its exterior. It is also running a photography exhibition at Soho members’ club The House of St. Barnabas, featuring images of some of the businesses appearing in the campaign, and the people who work there.

Each of the businesses appearing in the campaign will have their own hand-painted GOGO SOHO-branded “Open” sign. Taking their influence from a rich history of sign painting, the signs will sit in the windows and doors of local Soho businesses, welcoming in customers. They celebrate the diversity of each business, using a wide variety of typefaces, techniques and colours. The hand-crafted nature of the signs reflects the character and soul of these unique, independent stores.