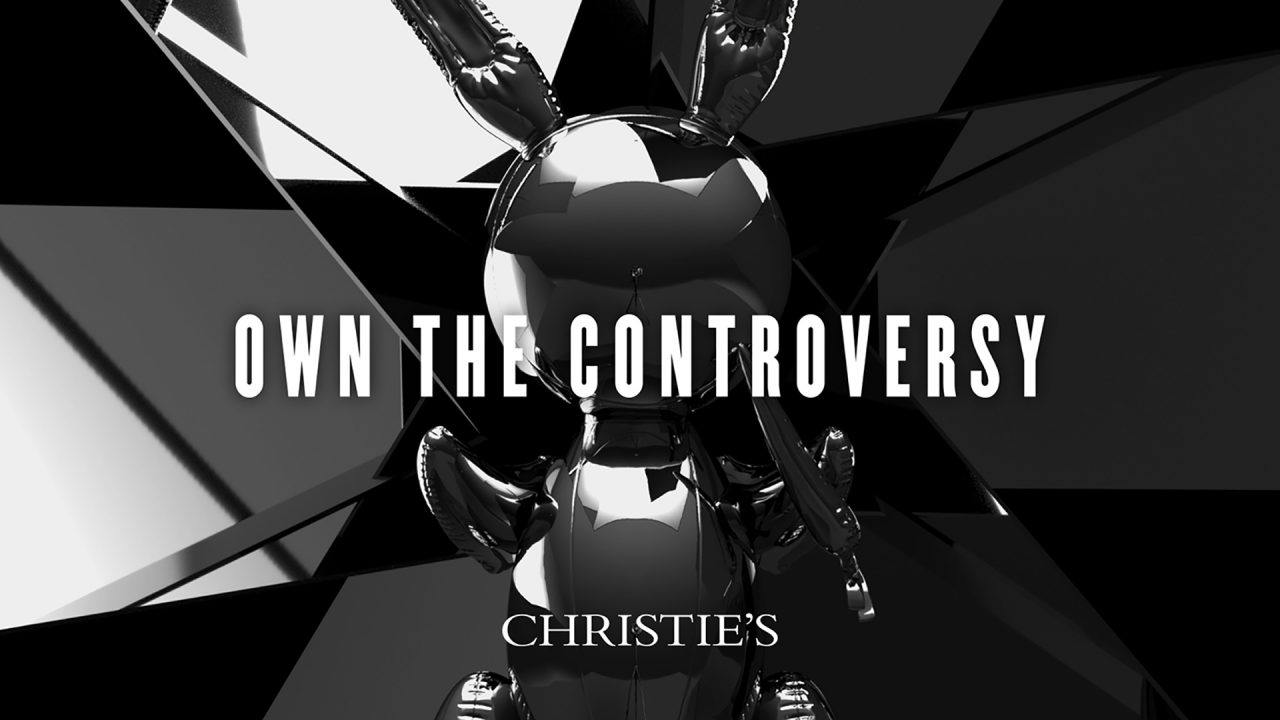 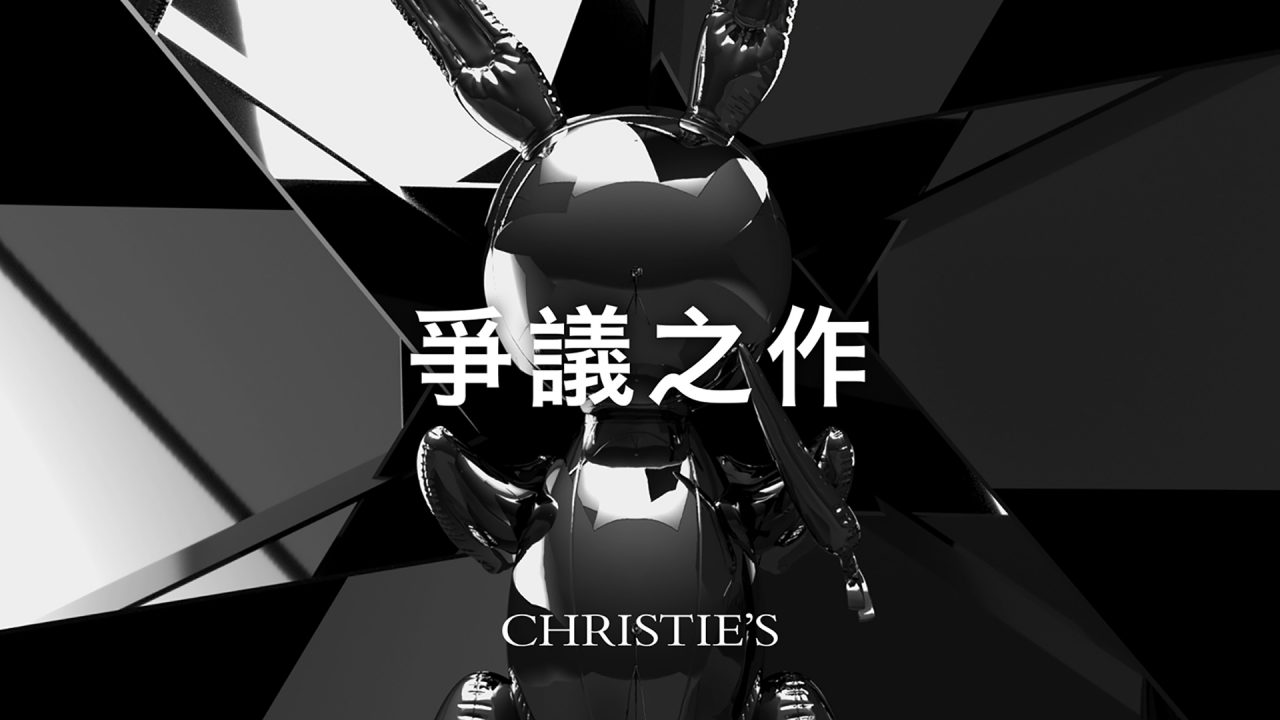 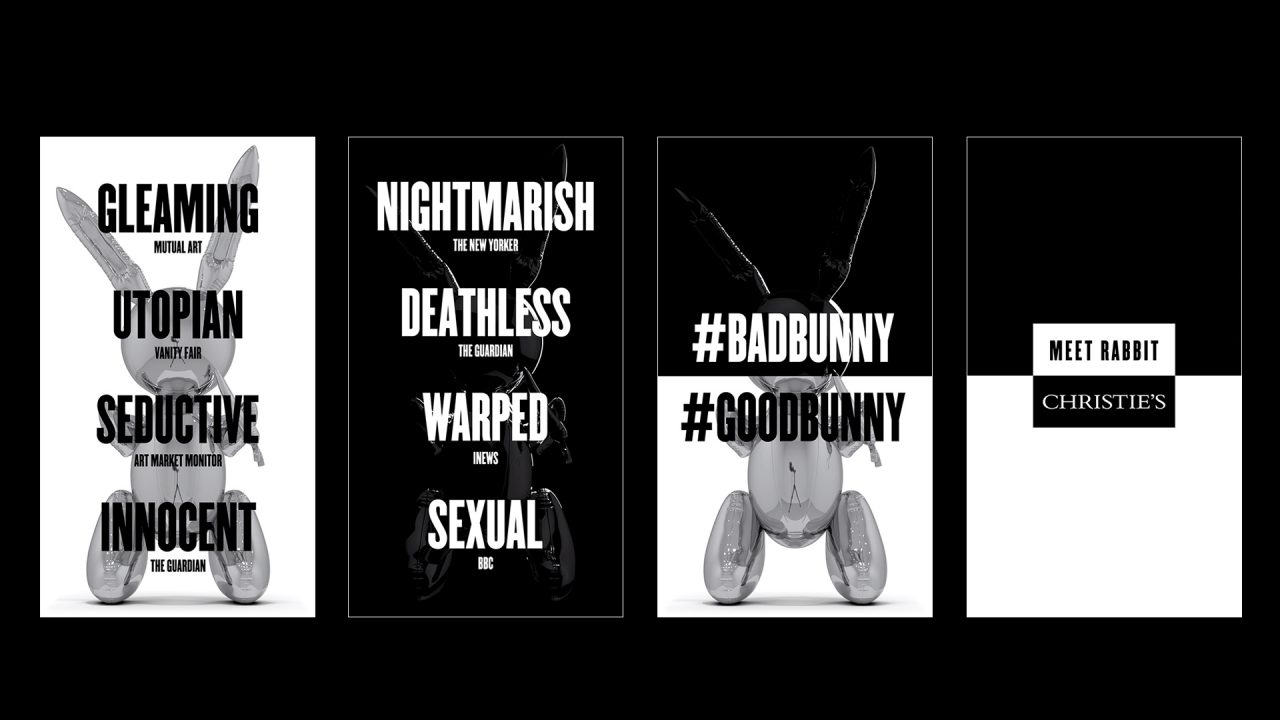 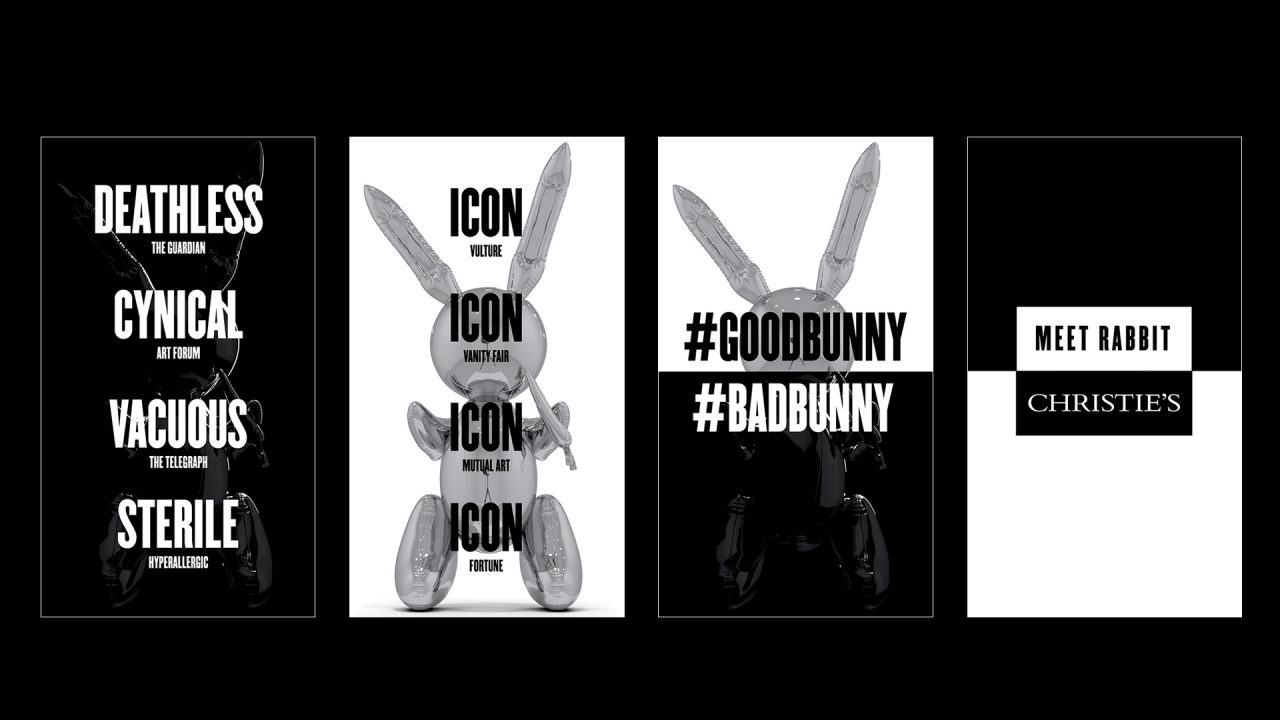 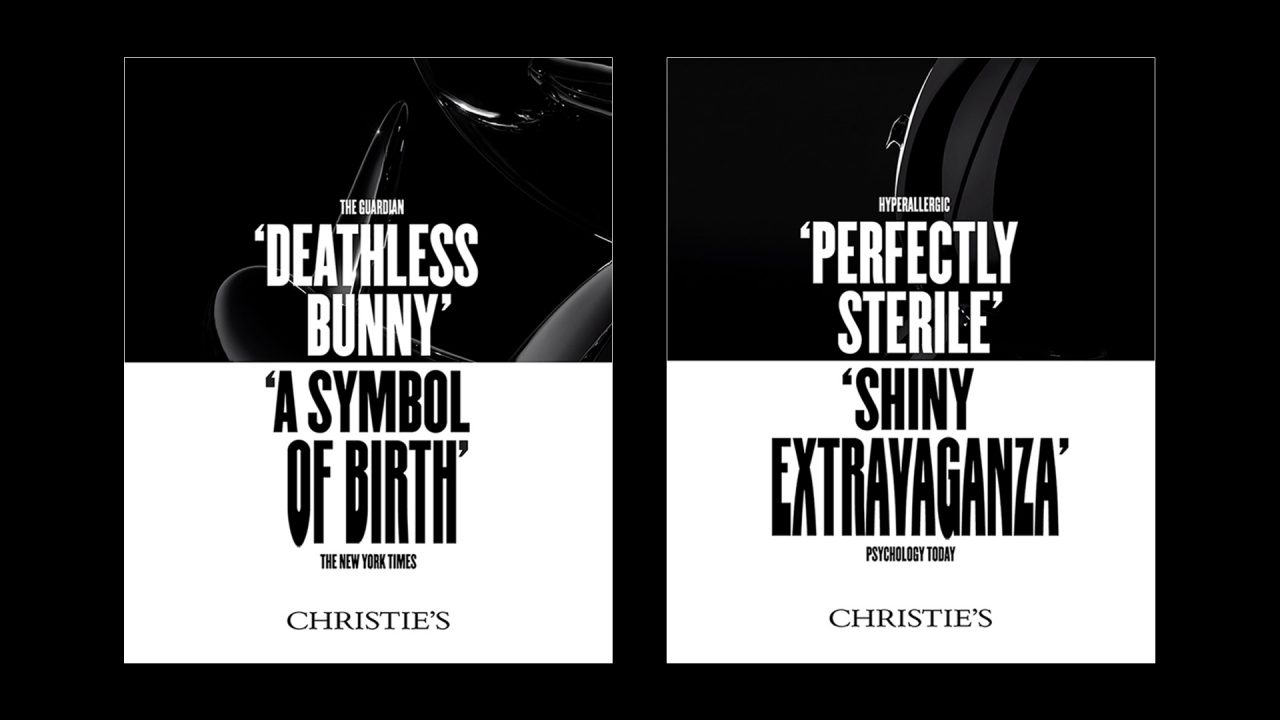 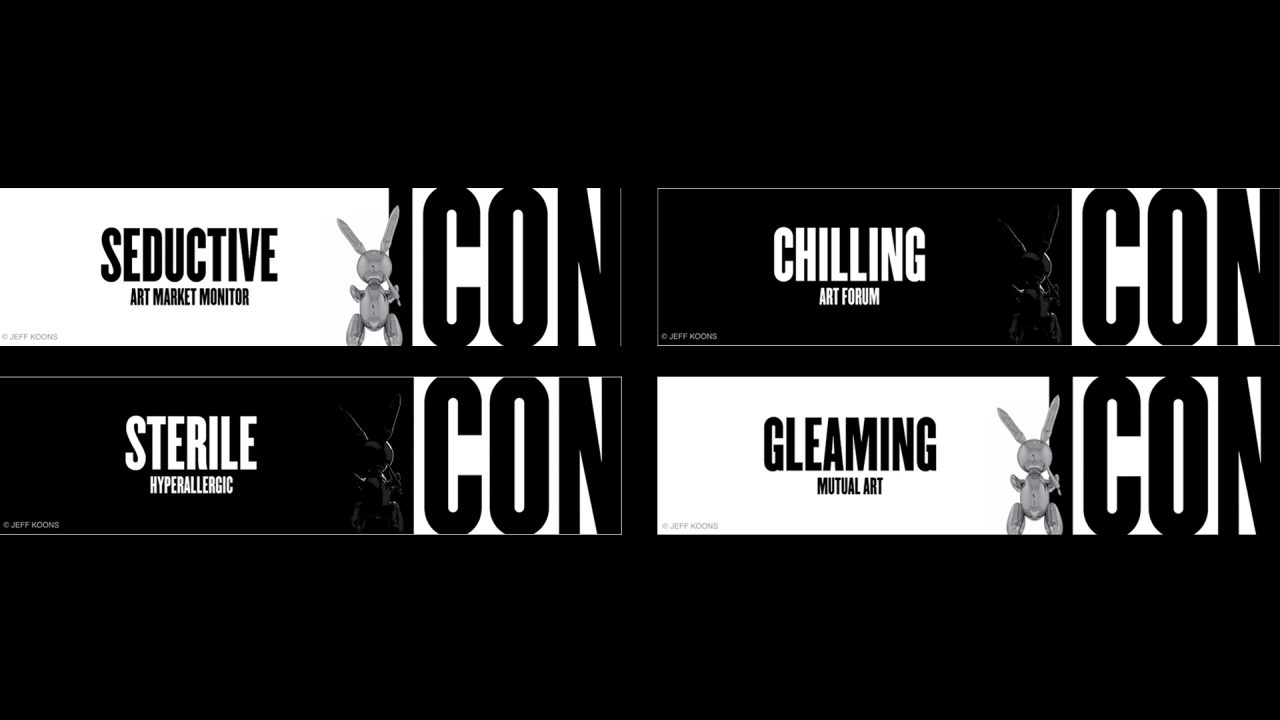 CHANGING HOW ART HAS BEEN SOLD FOR 250 YEARS

With the global art market facing tough times, and Jeff Koons’ own prices in decline, Christie’s needed to change the way they’d sold art for 250 years.

Rather than hype the value, we did something unprecedented – we questioned it.

“Rabbit” was the very first of Koons’ mirrored balloon animals. The only example on the private market, it has been lauded and laughed at by critics and public alike. We had to build buzz among the public and media, to create the hype that would excite a small pool of potential bidders in the US, UK, Germany, the Netherlands, Hong Kong and mainland China.

We took everything that had ever been said about the artwork, good and bad, and used it to our advantage. Why sell an object when you can sell an outrage?

Next Project DEPT FOR INTERNATIONAL TRADE